I fux wit them both..but I knew this sista was going to come for the head of KreayShawn smh.. it all started because Kreayshawn 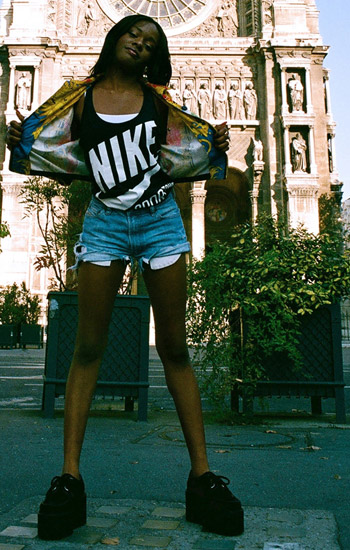 I have no dog in this fight.. but I wanted to share the slab of beef.. with you faithful readers lol.. Ya’LL love the Smut!!!

Read the entire tweet by tweet situation over at Global Grind.. I have no time for the play by play.. But Russell ass got staff over there for this type of Print Screen Capture shit LOL..

I gotta admit Kreayshawn was an easy target Azealia.. I like you sister but what was your video doing on PornHub anyway.. I believe it was just a link that chick has been biggin you up all month.   Anyways go to Global Grind ..weigh in.. while I go and purchase some Equality .. See Ya Later..  I guess Azealia told Kreayshawn ” I’MA RUIN U CUNT” lol.. she told the bitch she was going to “sit on her face” .. I guess it’s safe to say that most of these young chicks are on pussy LOL.. oK.. MY OLD ASS HAS TO GO NOW.. MWAHS.

3 thoughts on “I knew this was going to happen.. Azealia Banks Vs. Kreayshawn”