Yesss!!!!!.. I told you to have faith, the real female spitters are HERE LOL!!

Check out Rapsody ALL BLACK EVERYTHING and ABC . The IWWMG and JAMLA teams stay winning, and you know we love RAPSODY!!!!!.

.. If you are in LA January 6th you can see her and the IWWMG/JAMLA crew,  9th Wonder , Median, and Phonte’ (heyyy) at The Key Club on Sunset.  Go get ya tickets Kid

We see you still shining Ms. Rap.  Rummage through our blog people we have Ms. Rapsody all up and through LOL!!

Interview with Rapsody  and “ALL BLACK EVERYTHING” after the kut END_OF_DOCUMENT_TOKEN_TO_BE_REPLACED

SuperbNess did an awesome interview with this sista in like June… Check it Out...Next Up.. 9th Wonder’s “The Wonder Years”.. 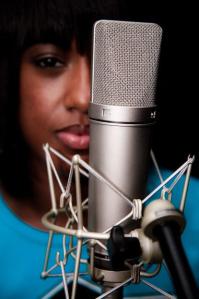 Ness B was finally able to catch up with Jamla/IWWMG recording artist, Rapsody.   We really appreciate the innate skill that Ms. RAP is bringing to the table.  She was a big delightful SURPRISE..a surprise from North Carolina, even better. She is a young lady simply rhyming ..under the tutelage of beat impressario, 9th Wonder. She is just basking in the shine of being an ‘EMCEE”. Not the baddest bitch, or the ho with the most ends, or the biggest ass.  Just a female wordsmith in love with the hip hop game for the “culture and essence” of it all.

SuperbNess caught up with Rapsody Friday for a quick chat……..

END_OF_DOCUMENT_TOKEN_TO_BE_REPLACED

Stay tuned.. we will have an interview with this young lady this month..

9th wonder has always been a champion of Hip Hop Music… … His beats introduced us to Little Brother, later we got into his actual “flow” as he rhymed under the moniker “9thmatic” ..  and from there he just MOOOVEED FO’WAHD LOL.  Patrick Douthit hales from North Carolina and has collaborated with the likes of Murs, David Banner, Erykah Badu, Lil Wayne, one of my favorites Jean Grae and Mary J.Blige, just to name a few.. We will speak more on 9th Wonder later… or go here and educate yourself..hell if u don’t know this nigga by now.. then i don’t know how u found this blog lol.. This HERE entry is about the one and only ,RAPSODY.. hailing from North Cackalack as well, and is currently positioning herself for mic domination in the near future..She comes from the Kooley High crew and is now going for DELF..   It’s about time.. and although she is humble i will be the ‘HATER” AND say loudly.. get the fuck outta here Nicki Minaj.. bow down to a “real” emcee.. Styles are on deck, Chops are present, subject matter relevant.. even when there is no “real” subject matter.. It’s just awesome to hear a real emcee carrying on in the tradition of real B-girls everywhere.. (respective nod to the likes of T-Love, Medusa, Bahamadia, and YES LIL KIM.. i am talking about real tangible lyrics.. that ride the bass and hi-hat in a syncopated rhythm akin to MC Lyte, or a vintage Latifah.. She has got bars and recognizes that STYLIN is what gets your mic hot not ASS injections or pop saavy backdrops.. We : SuperbNess and myself Bamboobanga, BJ for short lol, love love love this chick.. She’s fun, cute in an approachable manner, and FUCKIT .. A GOOD OLD FASHIONED DOPE EMCEE..  She released her debut solo effort “Return of the B’Girl” in December of 2010,  and has been featured on various situations , while being guided and produced seamlessly, by the maestro himself 9th Wonder.. Please put your hands together or bounce ya mouse pad up and down.. for MS. RAPSODY’s first single  Hella High, from her forthcoming new album “Thank H.E.R. NOW”, It  drops June 21st on JAMLA/IWWM. Go THERE and purchase it on June 21st also check out  DJbooth.net  to download free mixtapes and situations.. u can find her there as well…  we will remind u doggies OK…   NOW after the kut u can listen to her older joints and clutch ya pearls because U WAS NOT KNOWIN LOL.. okay as u were.. gotta go out here and see if a sista can come up on one of these Prince.. tickets.. UHHHH YEAHHH LOL..

END_OF_DOCUMENT_TOKEN_TO_BE_REPLACED

4:20 Theme Art Back in the Day.. Up in the Club... BACK IN THE DAY WID IT!! Birthday Wishes Black Sabbath BoobTubage Books Bud you should be looking out for Come get yo people David Blake Dranks Food and Livations Frank Ocean FUCKING METAL Game of Thrones ghetto libations tho HIP HOP In Rotation Kanye LA News late passes for the crumbs LA UNDERGROUND Louis Vuitton MUSIC AND FILM New Joints News Odd Future OFGWKTA Pot Snobs Presidential PRINCE... HE IS HONORED HERE.. random shit Rest in Power Rockin That..... Scene... Shit to Do for Cheap in LA Shows and Shit Slayer Sneakers Sound Bites: Journey of a beat Sports Summer Madness That's the Recipe The Fam Bam Tyler the Creator Uncategorized We Pray at the Altar OF What You Smokin On Yo Shit was trash
Loading Comments...
Comment
×
%d bloggers like this: