It’s still Golfwang on everybody .. AT LEAST THE SMART PEOPLE HA.. .. … we’ve got the successful release of Earl Sweatshirts  “Doris”,      Tyler is on tour with EVERYBODY LOL.. , The InTERNET are releasing new fire material, and of course… IT’S TIME FOR THE CARNIVAL CHILL’UN. Did I mention there is a WOLF movie trailer.. IT’S JUST SOOOO MUCH ..

Fresh from touring EVERYWHERE.. the former duo now flanked with a full-scale band are prepping for the release of their follow-up to  Purple Naked Ladies  entitled “Feel Good”   here is another joint .. “Partners in Crime Part Two”… Enjoy ..

old ass pic.. but it damn near has everybody and damnit that’s hard to find !!!

Tyler’s movie trailer for “Wolf”  aah you hear  the young Syd on those Rusty vocals… ayeeee!!!! 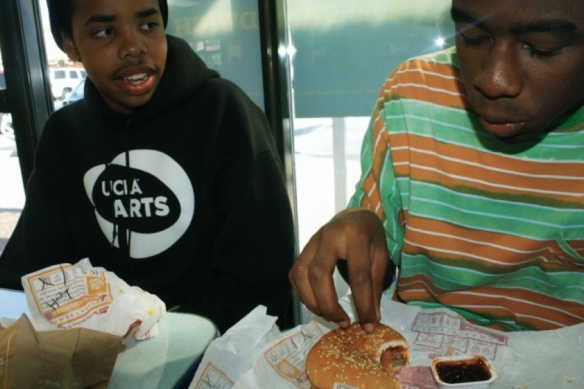 check out some fun from these two and the rest of the OF Crew while in Europe this Summer   (that shit sounded corny as hell but IT’S LATE.. i gotta go work) .. these niggas were busy this summer.. ENJOY THE REST OF THE VIDEOS..Tyler totally dances to “Pour Some Sugar On Me” .. hahahahah.. and  hopefully you already know who everybody is because I surely don’t have time to break it down right now.. PEACE.. GOLFWANG..  but I will later.. if you are one of the two people UNIVERSALLY that is uninformed.. 0_0

This guy did super awesome!!

I was going to post the Jimmy Fallon video but THEY ARE HATING OVER THERE.. IT DISAPPEARED.. DAMNIT..

Here are Hodgy and  Left Brain ,  but I don’t think it’s MellowHype.. I am old.. so.. I get confused.. but the shit is dope.. this is just because this came out earlier this summer.. it is MellowHype.. but this is Hodgy’s project featuring..the other  half of MellowHype.. RIGHT KIDS.. LOL.. OH SHIT!!!!!

ALSO ENJOY “MellowHigh’s webisodes. on Youtube..they are stellar.. .. Here is #5. 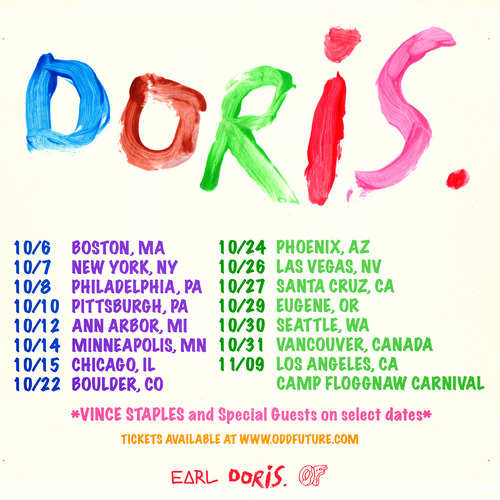